Iowa faculty have recently been active in publishing scholarship, presenting papers, and developing new pedagogies. Christine Getz’s “Canonizing San Carlo: Sermonizing, the Sounding Word, and Image Construction in the Polyphony for San Carlo,” was published in the 2015 edition of Early Music History. This essay examines the role of the hymns, the sacred polyphony by Vincenzo Pellegrini and Andrea Cima, and the spiritual madrigals of Giovanni Battista Porta in promoting the officially sanctioned image of Carlo Borromeo after his elevation to the status of ‘beato’ and following his canonisation. 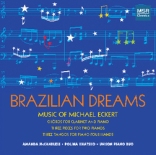 Jennifer Iverson gave a talk in January 2016 at CCRMA, The Center for Computer Research in Music and Acoustics at Stanford University, one of the foremost computer-music centers in the world. The talk, “Invisible Collaboration: The Dawn of Electronic Music at the WDR” is available on YouTube.

In January, Marian Wilson Kimber presented a paper, “Women’s Musical Readings and the Canon: Genre, Performance, and the ‘Work’ Concept,” at an interdisciplinary conference, Women and the Canon, at Christ Church, Oxford University. The paper explored the historical position of a rare women’s genre, the musical reading, for spoken word and piano.

Matthew Arndt was awarded an Innovations in Teaching with Technology Award from Iowa’s College and Liberal Arts and Sciences for his project, “New Tools for Musicianship and Theory Pedagogy,” which enhances undergraduate theory pedagogy through a program called SmartMusic and an app, Anki.

Gregory Newbold, an MA student in musicology, spent the summer of 2015 reading five recent titles from the Film Score Guide series (Scarecrow Press). His review, just published in the Winter 2016

Society for American Music Bulletin, surveys research on an array of film composers and titles, including The Ghost and Mrs. Muir, A Streetcar Named Desire, The Godfather trilogy, Forbidden Planet, and The Adventures of Robin Hood. Newbold is now writing a “film score guide” of his own: his in-progress thesis contemplates Benjamin Frankel’s music for Curse of the Werewolf.