Douglas Shadle is Assistant Professor of Musicology at Vanderbilt University. 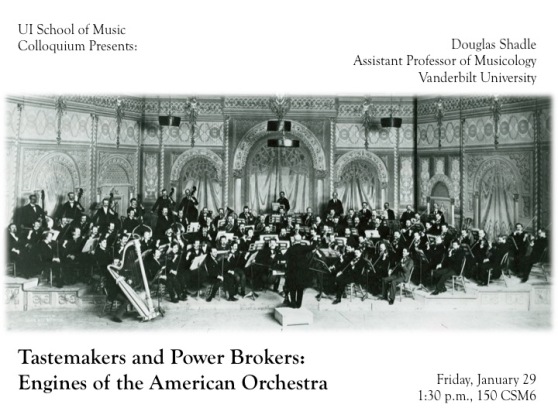 Today we hear all sorts of complaints about orchestral programming in the United States: there’s too much Beethoven, not enough Beethoven, too much new music, not enough new music, and so on. But, regardless of one’s position on the matter, it seems undeniable that orchestras perform an extremely limited slice of the available repertoire. Why?
Musicologist Joseph Kerman once stated, “Repertories are determined by performers, canons by critics.” His distinction is important, for it lays out the simple fact that, within the Western classical paradigm, performers and critics engage in constant dialogue about what music should “stick.” As Kerman explains, the ideology of canons underpins the entire operation.
But how exactly does the operation work? Is it possible to take a look under the hood of the orchestra to understand the relationship between programming choices and broader ideologies? This paper does just that as it zooms in on the status of “new music” in the United States during the second half of the nineteenth century—the very moment that canons and canonical thinking crystallized into the form we recognize today. We will explore the direct interactions between a colorful array of composers, conductors, and critics throughout the period. Ultimately, I illustrate that the central challenges facing contemporary orchestral music composers have changed very little over the past two hundred years.