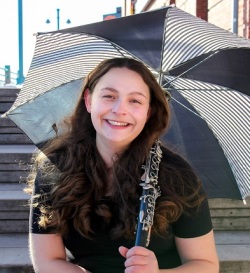 Rebekah Erdman is a PhD student in musicology. She holds a MM in Clarinet Performance from the University of Minnesota Duluth and a BM in Music Education from the University of Wisconsin Green Bay. Rebekah’s primary research interest is the music of late-nineteenth and twentieth century Great Britain, with an emphasis on women composers and chamber works. Her interests also include Latin American and Spanish composers, and in 2019, her woodwind quintet was awarded a Campus Climate Grant from the University of Minnesota Duluth to prepare a concert of Latino composers for performance at Duluth-area grade schools. As an educator, she has worked with students of all ages and aspires to a career in higher education in order to pass along her love of discovering new music from new places to the next generation of musicians and teachers. 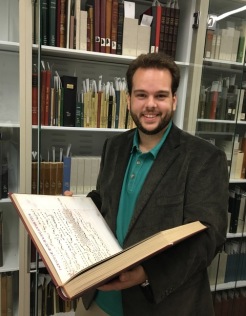 Cody Norling is a PhD student in historical musicology. He currently serves as Musicology Society Treasurer, Graduate Student Senator, and the Midwest Graduate Music Consortium’s 2020 Coordinator. As a cultural historian, Cody studies a broad range of topics related to operatic dissemination, consumption, and reception, and, in 2016, he received the National Opera Association’s Leland Fox Scholarly Paper Award for his work on indigenous depictions in Puccini’s La fanciulla del West. His current work builds upon a growing understanding of the ubiquity of opera in early-twentieth-century America through studies of touring English-language opera troupes in the 1910s and ’20s. Cody has contributed reviews to The Opera Journal, the Journal of Musicological Research, and The Annals of Iowa, and has penned writings for a facsimile reprint of Gaspare Spontini’s overture to Julie, ou Le pot de fleurs and a forthcoming volume discussing midwestern identity formation in the nineteenth century. In addition to giving recent conference presentations at the Society for American Music’s annual conference and the Midwestern History Conference, Cody is a guest presenter for the Des Moines Symphony’s “Prelude Talks” series for the 2019/2020 season. 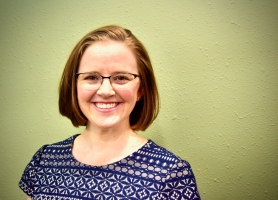 Megan Small is a PhD candidate in Musicology at the University of Iowa. She holds three degrees in musicology and horn performance and was a recipient of the Fulbright Student Research Grant to Budapest, Hungary in 2014-2015. Expanding upon her research of American and Hungarian music of the twentieth century, Megan’s dissertation explores gender and exoticism in the music of early water ballet performances. Her passion for music and teaching has provided opportunities to present at international, national, and regional conferences. Currently residing in Minnesota, Megan stays active maintaining a private studio of piano and horn students, working as the music director at Our Saviour’s Lutheran Church in St. Paul, performing with the Mississippi Valley Orchestra, and serving as the President of the Minnesota Fulbright Alumni chapter. In her free time, Megan enjoys spending time with her husband Dan, studying languages, recording audiobooks for LibriVox, and taking Irish dance class.

Alexis (Lexy) Tuttle, originally from the small town of Aurelia, IA, is currently pursuing a PhD in Musicology. She received her Bachelor of Musical Arts from the University of South Dakota in 2016; she returned to pursue a Master’s degree in Music History, which she completed in 2019. Her research interests focus on American folk music, particularly the roles of women in the genre and portrayals of gender in traditional folk music. Her Master’s thesis examines the life and music of Peggy Seeger and her injection of a feminist rhetoric into the traditional folk music style. Upon completion of her degree, Lexy plans to pursue a career in higher education.

Monica Yost is a MA student in Musicology as well as Library and Information Science. She holds a BM in Music History and Literature from Bowling Green State University. Monica’s research interests include film music, contemporary popular music, and music librarianship. She served as an intern at the Interlochen Publish Radio in 2018 and 2019 processing archival recordings and helping to produce The Interlochen Collection. She has also worked for the Music Library and Bill Schurk Sound Archives as a student at her alma mater where she started a library podcast, Pop the Music Bubble, using sound and print material available at the library.

Ryne Carlson is a PhD student in Music Theory. He holds a Bachelor of Music Education from Northern Arizona University and a Master of Arts in Theory from the University of Iowa. His primary research interests include music from the 19th century, pedagogy, and formal analysis. His thesis explores the rare cases where Schubert borrowed melodic material from his instrumental music for use in his vocal music.  Ryne served as the program committee chair for the Midwest Graduate Music Consortium in 2020. In his spare time, he likes to sit down with friends for a board game or get up and hike with his family.